Seek the welfare of the city

As Malaysians, we are totally aware of how screwed up some politicians have caused the country. We don’t need to elaborate much. Malaysia is getting more notoriously famous with each passing day, for all the wrong reasons.

If given choice, most Malaysians might choose to leave the country for greener pastures elsewhere. Perhaps, that's the only way we know of to show our disapproval and silent protest of how the country is being run.

However, the second reading for the joint National Day Prayer Service last night (25 August) told Malaysian Christians to do otherwise.

"Build houses and live in them; plant gardens and eat what they produce. Take wives and have sons and daughters; take wives for your sons, and give your daughters in marriage, that they may bear sons and daughters; multiply there, and do not decrease. Seek the welfare of the city where I have sent you into exile, and pray to the Lord on its behalf, for in its welfare you will find your welfare" (Jer 29:5-7).

Prophet Jeremiah was addressing the people who were in exile in Babylon. Instead of telling them to protest, fight and flee from the foreign land Babylon, they were asked by God to settle down, live to the fullest and pray for Babylon.

Archbishop Bolly Lapok of the Anglican Church gave a very insightful reflection based on the reading (Jer 29:1-9).

In the days of Jeremiah, the people of Israel (and Judah) held on to the popular belief that they were the chosen nation who should be enjoying God's blessing and protection exclusively. They became a laughing stock of other nations when they lost their land promised by God. And now that they were asked to pray for their enemy – surely, Jeremiah's message was not well received.

It has been said that Malaysians (including Malaysian-Christians) have been living in this "toxic culture" (of racial, cultural and religious polarisation) for a long time. Like the Israelites, the Church is called to continue to be faithful in her witnessing in this hostile environment.

Truth be told, I have gone through the book of Jeremiah for at least two times during the Bible Course I've been attending but I have not noticed this very verse (Jer 29:7). Whatever the reason that I missed it, it does come at the right time. I take that as an answer to our prayers. While we the frustrated Christians call out to God to intervene in the many occasions that have – time and again – sent the local Church into "exile" and caused us much misery, God in turn asks us to pray for the politicians, the decision-makers, the governing body and to be engaged in the life and situations faced by the country. "For in its welfare you will find your welfare".

I'm glad I was there to pray for the country together with the other Christians. The choir, though small and only accompanied by the organ, sang whole-heartedly and beautifully as they led the people in praise and worship.

Thank you, Archbishop Bolly Lapok, for your reflection which has inspired many, including myself.
Humble thoughts of Audrey Yu @ 7:25 PM No comments: Links to this post

Email ThisBlogThis!Share to TwitterShare to FacebookShare to Pinterest
Labels: Thoughts

“Happy birthday, Audrey. I will pray for you at Mass this morning in St Florian Church, Krakow. JPII had served here as vicar of the parish.”

This was the text message I received from a priest who was still in Poland after World Youth Day concluded, complete with a photo of St Florian Church.

When you’re unable to go to the place you’ve always wanted to visit but friends who went remembered you, especially on your birthday -- if I said it didn’t mean anything to me, I would be lying big time.

Really, I don’t need to describe how touched I was (I still am!). I’m trying very hard to push back those tears. Besides, it’s going to be awkward if I were seen crying in the office!

John Paul II has always been one of the few reasons for my tearing up. I used the tense “has” because we all know that, even though he’s no longer on earth physically, he’s still around through the communion of saints. For that, I’m sure he knows about me and how much I love and miss him.

But there is always this voice, maybe it’s just my alter ego, that has been trying its best to get me to give up on John Paul II.

“He’s dead, so please wake up and give up,” said the voice.

“No way! How can you ask me to forget someone who’s made such a deep impression in me ever since my youth?” I retorted.

“You’re just wasting your time,” said the voice. “Why not lavish your love on someone else? It’s a one-sided love anyway, so it won’t make much difference.”

“I’d rather waste my time on someone I could look up to and learn holiness from; someone who is willing to journey with me, not just as a mentor but also a friend. I cannot find anybody else except JPII!” I reasoned.

Because I know, if I were one of his youth in Poland, he would be more than willing to spend time with me and to coach me, just like what he had done with the youth before he was elected pope.

Because I really want to grow closer to the One whom we both call “Abba, Father”.

For all those who remembered me in Poland, I pray that the good Lord would bless them ever more abundantly.

My darling Saint, kindly intercede for them for their generosity and kindness.


And for the priest who remembered me when he was in Krakow (if you’re reading this – you know who you are), thank you from the bottom of my heart. That's the best birthday gift ever.

Humble thoughts of Audrey Yu @ 4:48 PM No comments: Links to this post 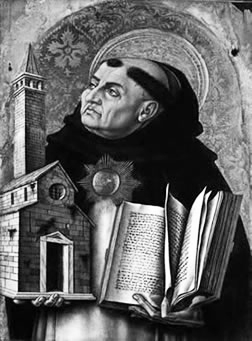 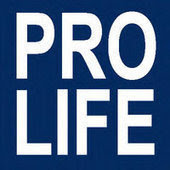 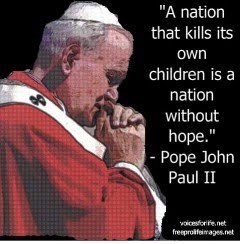